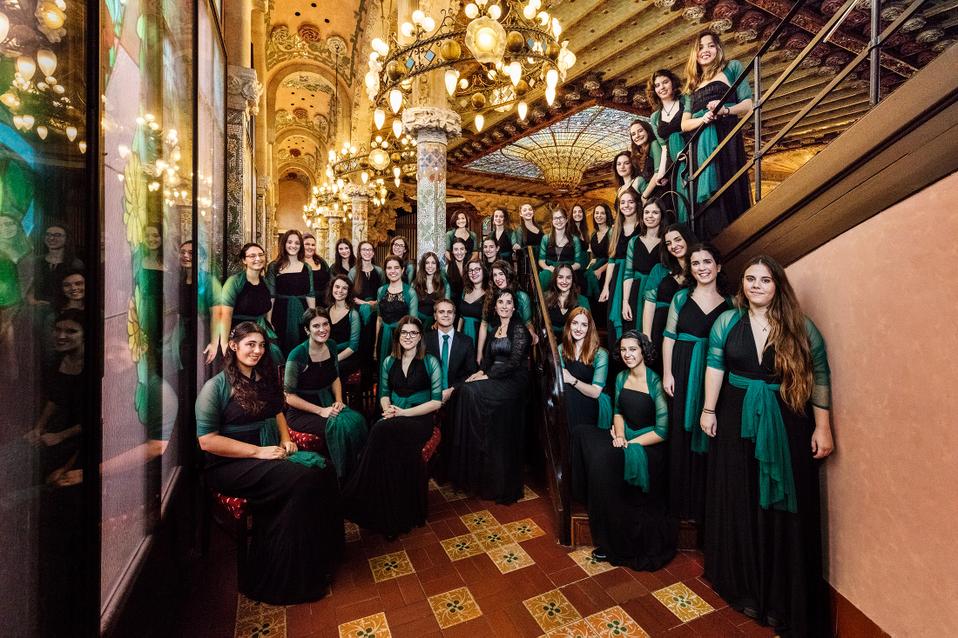 This Sunday, 12th May, at 8 p.m. the Cor de Noies of the Orfeó Català (Buia Reixach i Feixes, Director) will make their debut at the prestigious Berliner Philharmonie concert hall as part of the German auditorium’s educational choral project Vocal Heroes, involving the Vocal Heroes youth choir, amateur singers, members of the Berliner Philharmoniker and guest choirs. All the performers will be conducted by Simon Halsey, the project’s artistic director. The English conductor, who is also the artistic director of the Orfeó Català choirs and artistic advisor for the Palau de la Música Catalana, brought about the Cor de Noies’ participation in the German project.

Vocal Heroes promotes choral singing in the city of Berlin through an educational project which aims to foster local association and a harmonious co-existence between neighbours as well as artistic education and equal opportunities. The project also aims to give different musicians the opportunity to work together.

At the concert on Sunday the singers will be performing There Was a Child by Jonathan Dove, for soloists, adult choir, children’s choir and orchestra. A modern oratorio based on tragic death. The composer wrote the pieces as a tribute to his friends’ son, who died aged 19 in an accident in Thailand. Dove describes the panorama of a young life. Under Halsey’s direction, the singers will also perform extracts from Friday Afternoons by Nico Muhly. The choirs will be accompanied by soprano Kirsten MacKinnon and tenor Toby Spence. The concert includes the video-installation designed by Anna Henckel-Donnersmarck. Tickets are sold out but the concert can be viewed via streaming here.

Founded in 2000, the Cor de Noies of the Orfeó Catalàcomprises 37 singers aged between 16 and 25 years old. Buia Reixach i Feixes is the choir’s director and Josep Surinyac is the pianist. The Cor de Noies has worked with the conductors J. Busto, M. Minkowski, M. Valdivieso, S. Halsey, N. Huynh and J. Nott, and has collaborated with the OBC, Vespres d’Arnadí, Les Musiciens du Louvre and the Gustav Mahler Jugendorchester. The choir has performed all over Europe. In July 2018 they performed at the Festival Grec for the first time with a performance of Jonathan Dove’s opera The Monster in the Maze, which also featured other choirs of the Orfeó Català and the JONC. Next season they will make their debut with the Israel Philharmonic Orchestra, performing Mahler’s Third Symphony under the direction of Zubin Mehta.