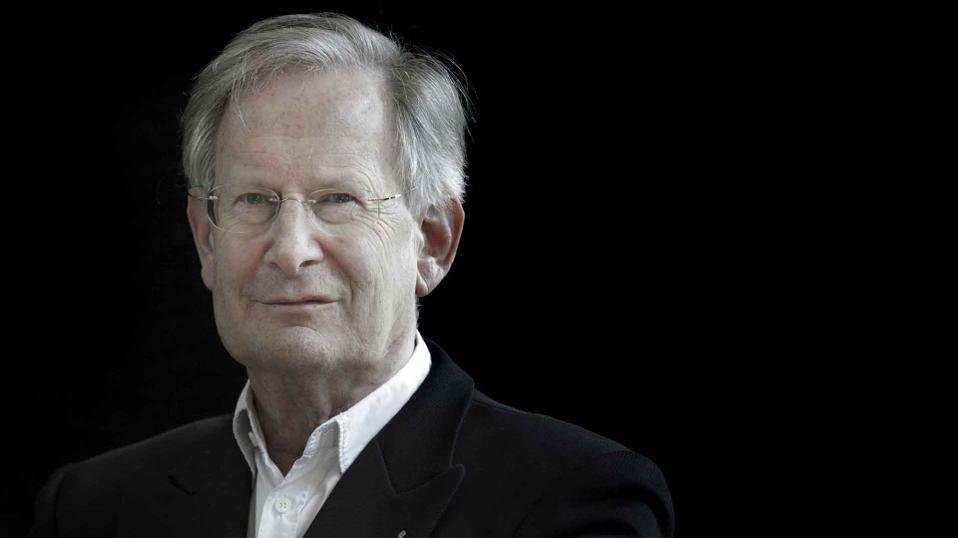 British conductor Sir John Eliot Gardiner will conduct Beethoven’s Complete Symphonies; Gustavo Dudamel will present Beethoven’s Fidelio and Schubert’s Unfinished Symphony; and Sir Simon Rattle will be performing as both a pianist and the conductor of the London Symphony Orchestra

The Palau de la Música Catalana’s own choirs will feature prominently, directed by five of the world’s most prestigious conductors.

For yet another year, the Palau 100 season will bring audiences some of the world’s great names, with a repertoire strongly influenced, this year, by the 250th anniversary of the birth of one of the greatest composers ever: Ludwig van Beethoven, with the inclusion of works by the Bonn composer and others influenced by him. Among the scheduled concerts, special mention must be made of the performance of Beethoven’s Complete Symphonies, conducted by Sir John Eliot Gardiner in an amazing marathon of concerts that is bound to set the Palau de la Música Catalana’s forthcoming season apart. These are the only Spanish performances of a tour to just five countries. Gustavo Dudamel, the Palau’s favourite artist, will be returning once again and giving two consecutive concerts. Sir Simon Rattle will also be honouring us with his presence in two different capacities: on the first unique occasion as a pianist, accompanying his wife Magadalena Kozena and, on the second, in his role as a conductor. The Palau 100 season will be opened by the much acclaimed conductor Esa-Pekka Salonen, performing Mahler’s Ninth Symphony, and by Paul McCreesh conducting Haydn’s The Seasons.

The legendary Zubin Mehta will conduct the Wiener Philharmoniker at a concert with soloist Janine Jansen. Palau 100 will also see the debut of François-Xavier Roth, who will conduct Stravinsky’s Rite of Spring and Violin Concerto with violinist Isabelle Faust, and a new window of opportunity will be provided to hear contemporary compositions through works by Jörg Widmann, the guest composer for the 2019-20 season. In addition, the Palau’s choirs will be performing on more than five occasions under the direction of major international figures: the Orfeó Català directed by Rattle, Dudamel and Widmann; the Cor de Cambra directed for the first time by Gardiner and once again by Dudamel; while McCreesh will direct the Cor de Cambra and Cor Jove of the Orfeó Català. Key soloists this season include the legendary Anne-Sophie Mutter with a chamber group, Leonidas Kavakos with the NDR Elbhilharmonie Orchester, and Arabella Steinbacher and Matthias Goerne with the Orquestra Simfònica del Gran Teatre del Liceu, conducted by Josep Pons. Joyce DiDonato is another major voice at the height of her career, performing for the first time in the Palaus’s Modernist interiors.

Today, the presentation of the 2019-20 Palau 100 season has taken place, the Fundació Orfeó Català-Palau de la Música Catalana’s star programme of concerts. Palau 100 is an unparalleled nexus for leading conductors, musical groups, choirs and soloists, with concerts that are each outstandingly unique. This is a marvellous opportunity for music lovers, with the presence of major figures from the field of international classical music. Likewise, it is also a marvellous occasion to discover works, composers and musicians. This year, there will be eighteen concerts (thirteen with the Palau 100 season ticket and a further five with the Palau 100+ ticket).

For five days, Beethoven’s music will take over the Palau de la Música Catalana (from 09/02/20 to 14/02/20). The much-acclaimed British conductor Sir John Eliot Gardiner will present Beethoven’s Complete Symphonies with his musicians and singers, the Orchestre Révolutionnaire et Romantique and the Monteverdi Choir, in an authentic gift for music lovers and a new example of this prestigious conductor’s predilection for our Modernist concert hall.  The performances at the Palau will be the only ones in Spain as part of an exclusive tour to just five of the world’s cities. The symphonies will be performed with period instruments in an attempt to replicate the original sound and they will be performed in order at five concerts with one day’s pause between each. Gardiner will also direct the Palau’s Cor de Cambra for the first time (Simon Halsey, artistic director; Xavier Puig head director) at the last concert of Beethoven’s symphonies on Friday 14th February. This is a new opportunity for the Catalan choir to sing with the prestigious Monteverdi Choir at the performance of Beethoven’s Ninth Symphony.

Maestros of the baton

Gustavo Dudamel, a conductor who is highly popular with audiences at the Palau, will yet again conduct two concerts with the Mahler Chamber Orchestra. On the first occasion (14/04/209), he will present Fidelio, the only opera written by Beethoven. This production will feature the Orfeó Català choir (Simon Halsey, artistic director; Pablo Larraz, head director) and the Palau’s own Cor de Cambra. The Palau’s choirs will be heavily involved in the 25th anniversary celebration of Beethoven’s birth. On the following day (15/04/20), Dudamel will present Schubert’s Unfinished Symphony, rounding off the programme with Schoenberg’s Transfigured Night.

Sir Simon Rattle will also return to the Palau’s Modernist stage, performing twice: the first time revealing his facet as a pianist. This is one of the very rare occasions on which he will be accompanying his wife, the mezzosoprano Magdalena Kožená (18/10/19), with soloists from the London Symphony Orchestra. Under the title Shakespeare in Music, they will present a programme featuring music by Chausson, Stravinsky, Ravel, Brahms and Janáček on one of the few stops of their European tour. Sir Simon Rattle will return to the Palau again, this time as the conductor of the London Symphony Orchestra (21/01/20) for a concert of two works by Beethoven: the Ninth Symphony and the oratorio Christ on the Mount of Olives sung by the Orfeó Català, once again under the direction of this prestigious conductor.

The well-known Finnish conductor Esa-Pekka Salonen, who has not performed at the Palau for 10 years, will open the Palau 100 season (07/10/19), conducting the Philharmonia Orchestra in a performance of Mahler’s Ninth, the ground-breaking work that heralded new 20th century musical challenges. This is a superb opportunity to see this major figure from the field of classical music, who first played at the Palau in 1997, later returning in 2007 and 2009 with the Los Angeles Philharmonic. Salonen, a conductor and composer, has recently been appointed permanent director of the San Francisco Symphony Orchestra.

Thanks to a collaborative initiative between BCN Clàssics and the Palau, distinguished virtuoso Zubin Mehta will also be taking part in the season(25/04/20), conducting the prestigious Wiener Philharmoniker, considered to be one of the finest orchestras in the world. The musicians will be performing Symphony no. 7 in D minor by Antonín Dvořák, a piece inspired by folklore and by gypsy Bohemia. The programme will be rounded off by Brahms’ Violin Concerto in D major with the outstanding presence of violinist Janine Jansen.

Palau 100 will also be presenting a work by Franz Joseph Haydn, one of the composers most strongly influenced by Beethoven. Under the direction of British conductor Paul McCreesh, Haydn’s The Seasons can be heard (02/04/20). McCreesh will be conducting his own musicians, the Gabrieli Consort & Players, and the Palau’s own Cor de Cambra and Cor Jove of the Orfeó Català (Esteve Nabona, director) in a further example of the Palau’s own choirs’ participation in the star music season organized by the Fundació Orfeó Català-Palau de la Música Catalana.

A new repertoire and artistic debuts

During the Palau 100 music season, two works will be premiered by Jörg Widmann, the guest composer for the 2019-20 season at the Palau de la Música Catalana.  The first Spanish premiere (30/04/20) will count on well-known much-loved German violinist Anne-Sophie Mutter, accompanied by musicians Ye-Eun Choi (violin), Vladimir Babeshko (viola) and Daniel Müller-Schott (cello). In a programme that also includes Beethoven’s String Trio no. 1 and Quartet no. 10 (the “Harp” Quartet), Study on Beethoven by Widmann will be premiered: a collage based on the German composer’s work. The other is the world premiere of a choral work commissioned by the Palau, sung for the first time by the Orfeó Català under the direction of Jörg Widmann.  The concert will be held on June 12th 2020, with the participation of Barcelona Symphony Orchestra, which will play other pieces by Widmann, in addition to Mozart’s Jupiter.

Palau 100 will also include French conductor François-Xavier Roth’s much-awaited debut at the Palau (20/04/20), a figure who is expected to go far. Roth will conduct his own musicians, Les Siècles,in a programme dedicated to Igor Stravinsky, with The Rite of Spring and his Violin Concerto played by internationally famous violinist Isabelle Faust.

North-American mezzosoprano Joyce DiDonato, a singer at the height of her career, will also be performing for the first time at the Palau (13/05/20). She will be accompanied by the orchestra Il Pomo d’Oro, under the direction of conductor and harpsichordist Maxim Emelyanychev, another young promise who is just 31 years old and has been appointed conductor of the Scottish Chamber Orchestra.

Greek violinist Leonidas Kavakos will be returning to the Palau with the NDR Elbphilharmonie, one of the most prestigious German orchestras (13/11/19). With Alan Gilbert as conductor, they will perform Violin Concerto no. 2 by Béla Bartók, the Hungarian composer whose musical legacies are heavily influenced by traditional Hungarian music despite his exile in the United States. The programme will be rounded off by Anton Bruckner’s Symphony no. 7, one of the best-loved works by this Austrian musician together with his Symphony no. 4.

Lastly, the baritone Matthias Goerne will be returning at a concert with violonist Arabella Steinbacher, accompanied by the Orquestra Simfònica del Gran Teatre del Liceu, conducted by Josep Pons (24/05/20). Under the title Europe 1900, they will present a programme of memorable highpoints, like the performance of Alban Berg’s Violin Concerto “to the memory of an angel”, first performed at the Palau in 1936. On this occasion, it will be played by Arabella Steinbacher, using the same Stradivarius as the 1936 concert. Next, Matthias Goerne will perform the scene of Wotan’s Farewell from Die Walküre by Richard Wagner. The concert will be rounded off by Prelude to a Drama by Franz Schreker and Death and Transfiguration by Richard Strauss. 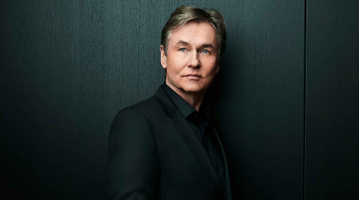 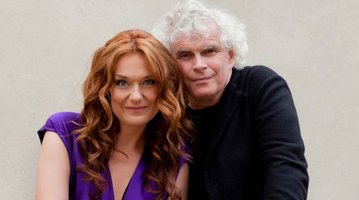 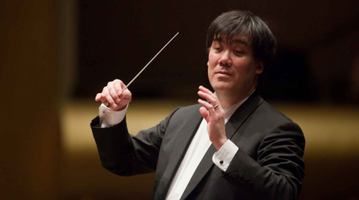 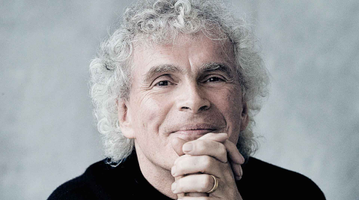 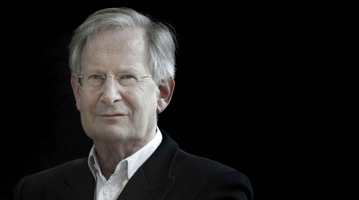 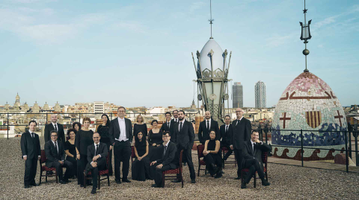 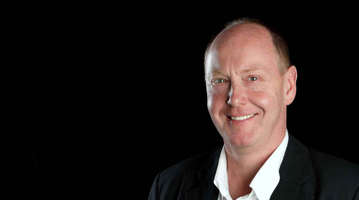 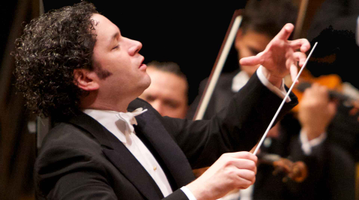 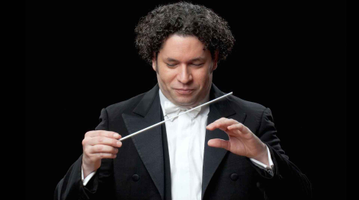 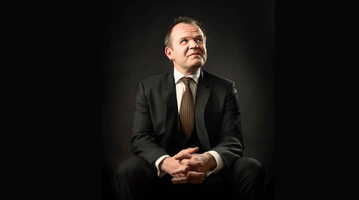 François-Xavier Roth & Les Siècles
'The Rite of Spring' by Stravinsky 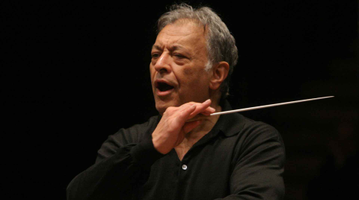 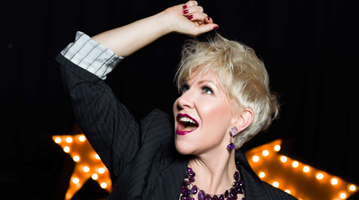 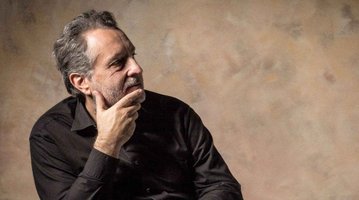 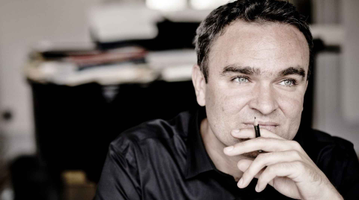