"To be able to see differently is to learn to look at the unexpected and to understand in another way what we see and hear."

When Pere Portabella (Figueres, 1927) expressed this idea in his acceptance speech of an honoris causa at the UAB (2009), two of the main ideas that guided his career came to light. On the one hand, the "creation of difference": crossing boundaries, thresholds of conflict, competing voices and truths. On the other hand, the cross-discipline and magical infusion of the visual image with other art forms. In both cases, here is an essential creator who connects with the core theme of the Palau this season: perspective.

An indispensable European filmmaker, one of the doyens of filmmaking in Spain, Portabella is a mine of artistic treasure and wisdom. A collaborator with Joan Brossa, Antoni Tàpies, Joan Miró, Antonio Saura, Josep Maria Mestres Quadreny and Carles Santos among others, he shared with them an avant-garde spirit that ran parallel to their commitment to, and direct involvement in politics.

With Films59, a legendary production company that celebrates the 60th anniversary in 2020 of the premiere of its first film, Portabella has reached remarkable milestones, such as making Luis Buñuel's Viridiana possible. And as a director, some of his titles are indisputably film library material: El sopar, Informe General, Pont de Varsòvia - with images of the Palau itself..., a filmography with more than twenty entries from which some of the principal centres of world art have acquired works for their collections, exhibitions and retrospectives: the Kassel Documenta 11, Paris Pompidou, New York MoMA, Reina Sofia in Madrid and MACBA, among other museums and film festivals (Cannes, Venice, Gijón, Rotterdam...).

His career blends well with us in the concert hall, especially regarding El silenci abans de Bach, creating a magic spell around the composer and his work. A Bach invoked by a piano which has mechanized Goldberg’s Variations, extolling the senses and emotions of the interpreter, inviting the discipline of learning, which is fragile even in its eternity. It is a musical monument... in the hands of a filmmaker.

Ideas that are projected on both screens and minds: through image, music or silence. 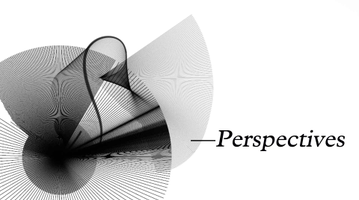 Art and ideas: a dialogue with the public
with Pere Portabella

Art and ideas: a dialogue with the public
with Pere Portabella

Projections and talks
The silence before Bach and Warsaw Bridge

Dates to be determined - Petit Palau