Marc Timón (Castelló d’Empúries, 1980) belongs to the generation of those born and raised in the golden age when George Lucas created the first trilogy of Star Wars (StarWars) with music by John Williams.

Trained in journalism at the Universitat Autònoma de Barcelona and in composition at l’Escola Superior de Música de Catalunya, his Empordà roots led him to love and cultivate Cobla music, becoming a member of the Cobla Sant Jordi-Ciutat de Barcelona. In his early youth he excelled as a sardana composer and was considered a reviver and rejuvenator of music whose roots are of Catalan origin.

His passion for music and cinema led him across the Atlantic five years ago, with the goal of finding his place as a film soundtrack composer. Since then, he has steadily strengthened his composing career in the challenging world of Hollywood. Six-time Jerry Goldsmith Award winner, Marc Timón’s soundtracks combine the best features in the long tradition of composition for the Seventh Art, with its age-old mastery of the classical music repertoire, and his ability to put it at the service of the expressive requirements of the 21st century.

The versatility and heterogeneity of his prolific output reminds us of big names in the world of cinema, such as Erich Wolfgang Korngold, Miklós Rózsa, Bernard Herrmann, John Williams and Hans Zimmer, while in the field of the sardana it evokes Juli Garreta, Eduard Toldrà, Joaquim Serra, Joan Lamote de Grignon and Joan Albert Amargós. Thus, in a unique blend of styles that is totally unstructured, Marc Timón is able to modernise the Cobla, write a work paying tribute to Maurice Ravel based on a theme in a radio program, or write an epic poem for the whole family at the Orfeó Català, which since its release two years ago at the Sant Esteve Concert, has become its ideal ending. For all these reasons and for his productive life, Marc Timón is again a guest composer at the Palau de la Música Catalana this season.

Concerts with works by Marc Timón 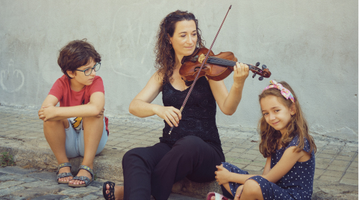 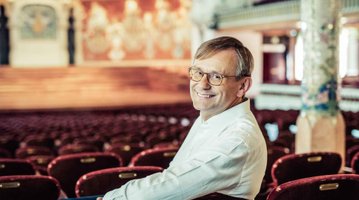