As dictated by tradition, during the early morning of the last weekend in October we will once again be part of an almost quantum phenomenon: turning back the clock to gain an extra hour (returning from 3 am to 2 am). And what if, during the 60 minutes before the clock hands dial back to 2 am, a portal were to open in Time, an audio and visual spell that allowed you to travel back through the temporal limbo to the moment before?

William Basinski, cult master of ambient music, will give a special performance at the Palau together with visual artists Evelina Domnitch and Dmitry Gelfand, which aims to activate your internal clock while stopping the external one. Waves of phantasmagorical melodies and cascades of hypnotic sounds looped together by Basinski are combined with a visual display in which lights evoke the beginnings of the Aurora Borealis or a fleeting lightning bolt that gives way to a peacocks tail (the visual spectacle 100,000 Peacock Feathers in Foaming Acid). The power of a constant loop and an ephemeral gesture in permanent transformation through Time.

During his extensive career Basinski has provided a soundtrack to the falling of the Twin Towers (The disintegration loops) and has modulated the sound of two black holes colliding more than a billion years ago, as captured by a space observatory (On time out of time). Now he returns to one of his most iconic works, melding it together with unreleased projects during an evening that aims to defy the serene logic of the passage of time. 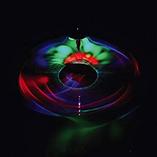 William Basinski - On Time Out Of Time
Buy it at 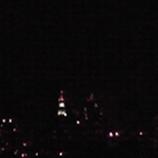 William Basinski - The Disintegration Loops IV (Remastered)
Buy it at