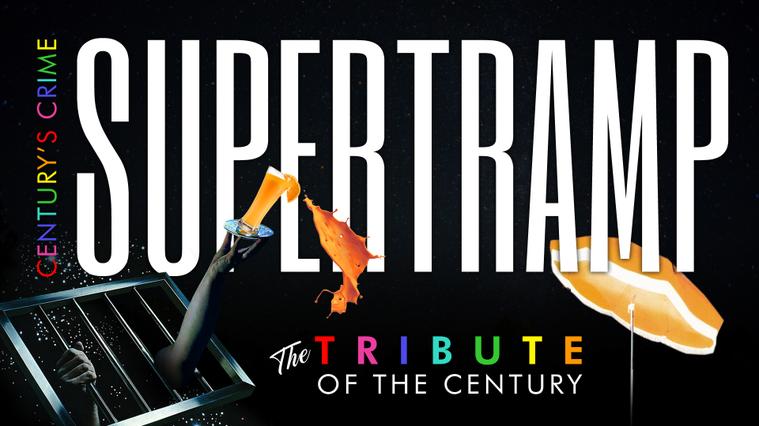 The Spirit of Supertramp

Thanks to millions of record sales and memorable sell-out concerts, almost everyone can whistle or sing some of Supertramp’s massive hits. Now Century’s Crime show their unique approach to the band’s legendary best-selling songs, including Dreamer, Give a Little Bit, The Logical Song and Breakfast in America, with a full-on concert that brings these worldwide rock classics to vibrant life.

Century’s Crime‘s two-hour show includes all the greatest hits, the epic album tracks and even some rarities for die-hard fans, in a passionate tribute to the compositions of Rick Davies and Roger Hodgson.

So seize this chance to enjoy a thrilling recreation of the classic Supertramp sound – it’d be the Crime of the Century not to!