Due to the general context of the Covid-19 health crisis, Iván Martín is replacing Ivo Pogorelich as the soloist in this concert. The OCM and maestro Pogorelich are looking for dates to perform several concerts together next season. 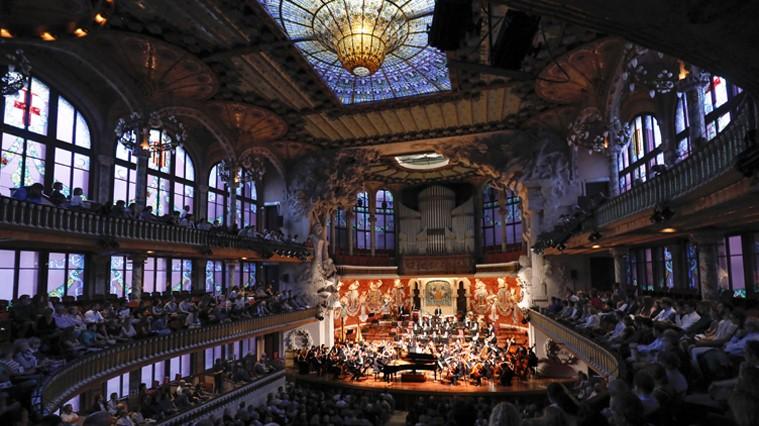 In this programme, we present two misplaced composers of their time, Johannes Brahms, considered a classic among romantics, and Sergei Rachmaninov, the most romantic among the Russian classicists, who considered himself a wandering ghost in an alien world.

Another connection point between the two composers is the trauma of writing their first symphonies. Brahms did not dare write a symphony until he was 43, feeling pressured in the shadow of the great Beethoven. Rachmaninov’s trauma came after the disaster of the premiere of his first symphony, leading to three years of depression and creative blockage.

Piano Concerto No. 2 is the work that brought the Russian composer back to the music scene, with great success. Many of the melodies of his three movements are already part of popular culture thanks to songs like I Think of You and Full Moon and Empty Arms by Frank Sinatra or All by Myself covered by Celine Dion. The effect of bells at the beginning is also remarkable, very characteristic in works of other composers such as Alexander Borodin or Modest Mussorgsky.

After daring Brahms to write his first symphony, the fourth came relatively soon. Composed in the summer of 1884, the highlight is the passacaglia of the last movement, based on Cantata 150, which is part of Johann Sebastian Bach's Ciaconna: Meine Tage in den Leiden.