This concert is recorded for Palau Digital and will soon be available for free on the platform www.palaudigital.cat 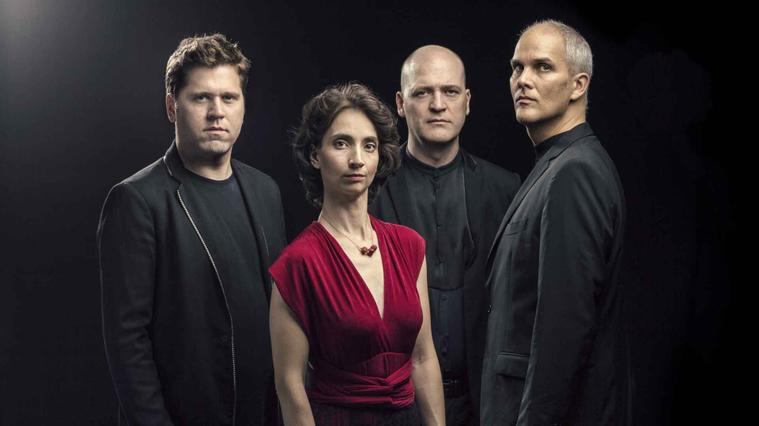 The Cuarteto Casals performs at the Palau de la Música Catalana. One of the great Catalan music ensembles, backed by an impressive international career and the admiration of audiences and critics alike. The Cuarteto Casals has become a benchmark for new generations of musicians.

Their expressive, excellent musicianship takes on Schubert’s Death and the Maiden, one of the most beautiful string quartets of all time, based on a poem by Matthias Claudius about a dying young woman and her reactions to her imminent demise.

Three snapshots of chamber music. Schubert's Death and the Maiden is joined by Haydn and Shostakovich; the former considered the father of string quartets as a musical genre, and the latter one of the Cuarteto Casals’ favourite composers.

Special offer: Visit the Palau before the concert

Enjoy a tour to discover the history and construction of the only modernist World Heritage Hall by UNESCO (1h 30m before the show) and a concert to understand the magic of what it is not only a monument, but a living room!

Attention: you must bring your own headphones for the audio guide

Important: you must chose the "Audioguide + Concert" rate during the purchase process

BUY HERE a combo ticket for only 40 €

In the half part, enjoy a gastronomic special pack!

We offer you the option of booking a table at the Palau Foyer to have a snack during the middle part of the concerts. For reservations between 1 and 6 people.

We offer you 12 gastronomic packs with several drink, snack and dessert options (entre 12 i 23 €).

Choose the one you like the most, make your reservation and you will have your snack ready during the intermission of the concert.