Note (03/11/2020): Following the instructions of the Generalitat of Catalunya in relation to the measures of prevention of the coronavirus and in order to contribute to its containment, the Palau de la Música Catalana postpones all concerts and conferences scheduled between March 12th and 26th, both included.

This production is not canceled, but is postponed pending confirmation of the new date. Tickets purchased will be valid for the new date that we will announce as soon as possible.

Attention. People who have bought tickets for this concert to get a refund or exchange them for another concert, should contact to the concert promoter, Orquestra Simfònica Camera Musicae, by email to [email protected] and this will be done. 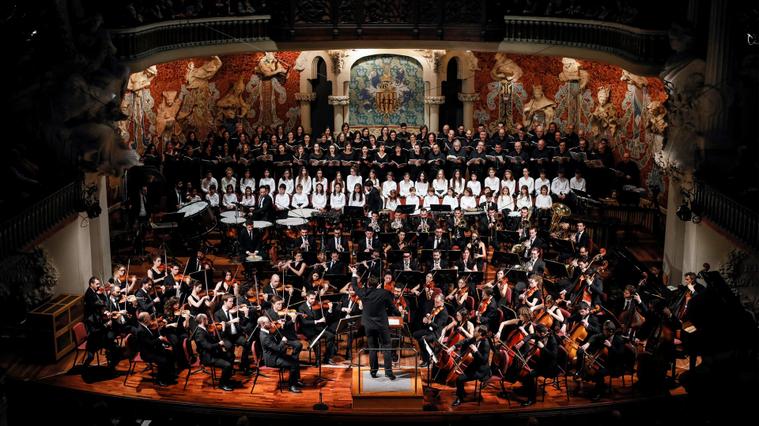 Mozart is the greatest representative of the music of the second half of the 18th century, an unparalleled genius who left important contributions in all the musical genres in which he composed.

Symphony No. 36 and Mass in C minor are two very different works but which share some features. Composed during the same period (the Mass in 1782-3 and the Symphony in 1783), both are in the key of C (the Symphony in the major mode and the Mass in the minor mode) and have structures that were clearly influenced by the fashions of the moment.

Mozart wrote the four symphony movements in record time. Travelling with his wife from Vienna to Salzburg, they stopped in the city of Linz to rest and was invited to participate in a concert. He had none of his works with him and so began to compose. The premiere took place four days later.

The Great Mass, on the other hand, is an unfinished work. Mozart did not finish the orchestrations of some passages of the Credo and did not write an Agnus Dei but it is considered one of his most important sacred works. The influence of Bach and Händel  mixes with his own personality in a work that adopts the characteristics of the solemn or Neapolitan Mass that, influenced by the opera, separates parts of the ordinary mass into different numbers and introduces virtuosity into his arias.