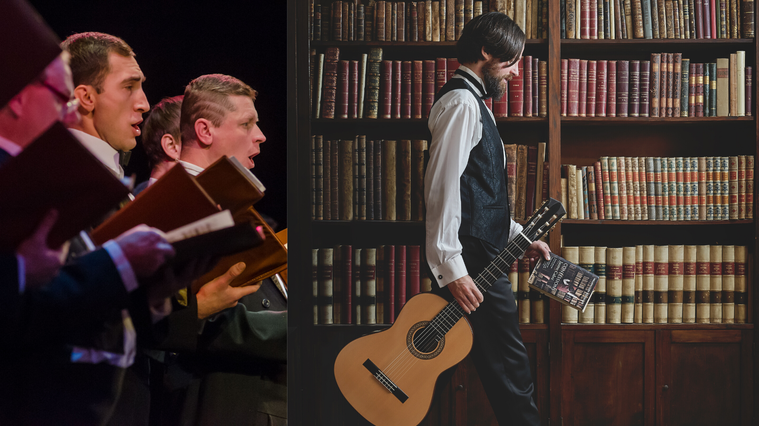 The Orchestra of the Reial Cercle Artístic de Barcelona presents the world premiere of Adrià’s Confessions – a concerto for guitar and orchestra, inspired by Jaume Cabré’s novel Jo Confesso (Confessions). The piece, written by the Australian composer Marian Budos, will be interpreted by guitarist Jacob Cordover.  This concerto musically recreates each chapter of the book and presents the audience a new way to feel the novel’s story of love revolving around an instrument.

In the first part, Mozart's Requiem will be performed, with a custom-made scenography, to raise awareness about the environmental destruction of the Earth, Requiem for planet earth.

With this intention, the organization will give a percentage of the box office to the association Sense Sostre Barcelona, which is in charge of giving support to people who live on the streets for different reasons.

Partners and Support of: