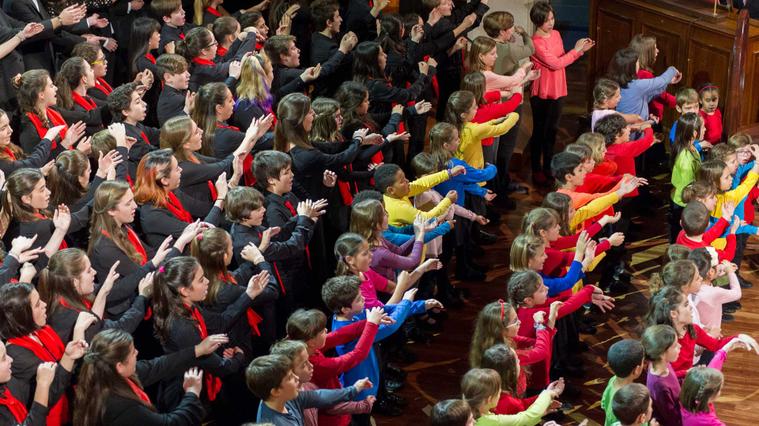 J. HOROVITZ: Captain Noah and his Floating Zoo
Works by Horovitz, Bonet, Dalmases, Burrull, Vila i Casañas and Guinovart, among others

After the delays forced by the pandemic, we will finally be able to enjoy a performance by choirs from the Orfeó Català’s choral school, who will sing a children's cantata written by the British composer Joseph Horovitz at the beginning of the 1970s. Performed in popular style, the cantata was written for a choir or two voices with piano accompaniment–and in this case, double bass and drums too–, with a libretto by Michael Flanders. The work is an adaptation of the biblical episode described in the book of Genesis. On the other hand, it is part of a series of pop cantatas commissioned by the Novello publishing house to be sung in schools.